You can check me out raving about Nalo Hopkinson’s brilliant 1998 debut, Brown Girl in the Ring, on Beyond Cataclysm’s “This Book I Read” podcast:

Surviving under late stage capitalism is hard, especially when you’re out of spoons and you’re lucky if you have a plastic knife. We’re here to help. The Sad Bastard Cookbook: Food You Can Make So You Don’t Die is a community-built, vegetarian/vegan guide to feeding your facehole when you’re suffering from depression. We’ve made the PDF free on the Night Beats website because life sucks enough without having to give Jeff Bezos money, but we also do have a paperback copy available for sale over there too, since we also need to eat.

Here’s my talk about how climate disaster, wizards, precognitives and Canadian politics come crashing together in my debut novel Cascade, which Peter Watts called a “near-perfect blend of implacable horror, gallows humor, and ecological apocalypse.”

Life is hard. Some days are at the absolute limit of what we can manage. Some days are worse than that. Eating—picking a meal, making it, putting it into your facehole—can feel like an insurmountable challenge. We wrote The Sad Bastard Cookbook to share our coping strategies.

The e-book will be free for everyone, because we believe that coping strategies should be as widely accessible as we can make them. But our newsletter subscribers will get access a month before everyone else does, plus sneak peaks of recipes. Sign up here.

Cascade (The Sleep of Reason Book 1) is now available for pre-order in the ebook format of your choice! Paperback coming soon. 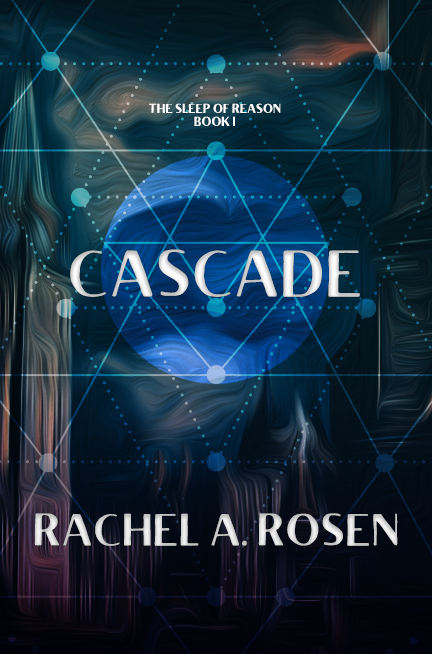 What does magic want?

When Vasai Singh resurrected drowned Mumbai and raised it into the clouds, the world reacted with awe and wonder – and no small amount of fear. As with the climate crisis believed to have caused the Cascade, resurgent magic proved lucky for some, a disaster for many others, and a source of hope and dread for everyone else.

A generation has passed since the Cascade transformed the world, smashing the tectonic plates of the political landscape and infesting the wilderness with demons and shriekgrass.

In Ottawa, a scandal-plagued government clings to power, kept afloat by the manipulations of its precognitive political rainman, Ian Mallory. But when his predictions signal only catastrophe ahead, the magic-loathing photojournalist Tobias Fletcher, land rights activist Jonah Augustine, his ex-wife, climate scientist Blythe Augustine, and emoji-spell wielding intern Sujay Krishnamurthy must overcome ideology and bureaucracy to save a future from a present whose agenda spells only doom.

Kickstarter campaign for Rachel A. Rosen’s brilliant debut novel, Cascade is now up and running!

What that means for you, is that you have the opportunity to:

At long last, I’m thrilled to reveal the cover for Cascade! You can read a little bit about our adventures on BumblePuppy Press’s blog (spoiler: these adventures involved tentacles, as all good adventures should).

Designing a cover is always a process, but even more so when you’re the author of the book. Cascade is a political fantasy, its magic rooted in climate change rather than bloodlines or wands, and the cover needed to capture both the sorcery and the socialism that you’ll find in its pages.